Sometimes we just need to get away!

Welcome constant reader to the first of what I hope is many articles on an epic and nerdy journey. What better way for a GraphicNerdity to start, than with an article about one of the nerdiest topics this side of Hoth; Video Games, or rather, why we play them. Honestly, this is a bit of a silly question, since people play for many different reasons. At its core, video game playing is done for the same reason that we play any type of game, for simple enjoyment.

Enjoyment and entertainment are not, of course, the only reasons that we play video games. Acting out a fantasy is another reason, for instance, playing a Star Wars game to act out being a Jedi. Creativity could be another, take Minecraft as an example. What about learning? There are games that can teach players new skills, such as Human Resource Machine which teaches basic programming concepts. For most of the gaming community however, I think the main reason that we game is simply to escape this world for a short while. With everything that we see and read about in the news and on social media, we just need a damn break from it all. Sometimes life is just too much to cope with and getting away from it is important for our own mental health. Going on holiday is what people normally do, but there’s something to be said about being able to achieve that same feeling of escape without all the hassle of traveling (not to mention the cost) and the fuss of taking time off from work or school.

With such a massive choice of game worlds to lose yourself in, there is quite literally something for every type of player. There are after all, literally hundreds of thousands of video games on the market and those games are accessible on so many platforms that even my 76-year-old grandmother is a casual gamer (of course she also used to drag race cars, so that’s not saying much!) and plays games on the laptop that I got her last year as well as on her cell phone. A friend of mine’s grandfather (81) plays video games because he says that it keeps his mind sharp. We even have a rating system for games based on the suggested maturity level of the players buying them in an effort to help parents monitor type of content that their children consume.

The gaming industry is huge! It reaches audiences across the entire spectrum of age, social status, gender, sexual preference, race, religion, political stance, and the list goes on. There is a seemingly endless list of genres and sub-genres of video games on the market, so whatever a player is into can likely be found somewhere. Video games have become such a staple of our society, that YouTuber Matpat gave a copy of Undertale (a game about choice and peacefulness) to Pope Francis in 2016

The point, dear reader, is this: People all around the world, and from every walk of life enjoy video games for many different reasons.

So maybe instead of asking why we play video games, the better question is why doesn’t everyone? 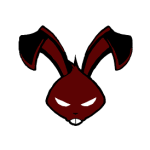 2 thoughts on “Why We Play Video Games”