A loaded question and one I get asked all the time without really knowing what to say back.

GraphicNerdity didn’t start in one single place at one single time, it started years ago at a middle school in central Bedfordshire, UK. I know you didn’t come here for a life story but stick with me!

In my youth, I was an uber nerd. A comic reader, a Trekkie, a DnD Dungeon-master and so much more. Back in the 90s, the current craze of nerdy culture becoming the mainstream didn’t exist. We had dingy comic stores with dodgy looking store assistants peddling comics covered in biceps and boobs. We had secret meetings in the school library to try and play the newest Dungeons and Dragons expansion. We had Howard the Duck and the New Adventures of Lois and Clark. It was a dark time.

Around 2001, things began to change. Sony released their first attempt at Spider-man and Fox presented the X-Men to the world. Hugh Jackman became Wolverine and the general population became aware of superheroes. Meanwhile, Peter Jackson transferred a fantasy masterpiece to the big screen and peppered it with pretty faces and larger than life action sequences to draw in the “normies”. On the other side of the nerdy spectrum of stories, George Lucas gave his best effort to bring back Star Wars with a questionable script and some interesting racial stereotypes. All of this made the general cinema-goer aware of this hidden, nerdy world in a way that had been forgotten since Back to the Future and Terminator 2.

Sadly, for me and my friends, it still wasn’t “cool” to read comics or act out our favourite Shatner lines on the playground and we took a kicking for it. Sometimes literally, sometimes figuratively, often both. It would take a long time for “Geeks” and “Nerds” to be something that wasn’t pushed down or slapped around and we remained mostly in the shadows. Forming bonds of friendship that withstood the years of secrecy and personal embarrassment at our own interests and hobbies.

If I could personally peg the change to any one thing, I’d say it was Tony Stark making his appearance on the big screen in 2008 that began the shift of Nerd culture being acceptable. Maybe it was the re-release of Doctor Who on the BBC in 2005. Perhaps the growth of accessible console gaming with a mix of gaming experiences like Skyrim, Mass Effect and Command & Conquer. Whatever it was, it was our time to shine, suddenly we were the cool “kids”. We had all the answers, we knew what came next.

Whatever it was that pulled the trigger, it was around that time that geeky enterprise became a legitimate venture. Superheroes, Fantasy stories and Sci-Fi games were everywhere and everyone wanted a slice of that pie. I was working in a comic book shop (No surprise there) and saw the changes. The community expanded and with the birth of YouTube, flourished around the globe.

So it was that I created “Cr88tions” my first ill-fated attempt at a “Business”. With the help of the Prince’s Trust, I went through a short informal business course and decided I wanted to make comics, board-games and anything else I could. I built a team of volunteers in my hometown and we got to work. Sadly it was not to be. Real life, real work and other commitments led to the collapse of the team and we all went our separate ways.

Next up came my YouTube venture with a focus on an exciting new IP that everyone was talking about.
Minecraft! The first channel was “Cr88tions” then “Trevize2888” and finally “88Gaming” (Points and cookies for anyone that can figure out the significance of the 88). Each attempt was made with no budget and no idea of how to even market, manage or grow a YouTube channel effectively. Needless to say, I did not reach the lofty heights of being a full-time YouTuber.

Many other projects came and went in the following years. Table-top RPGs, Indie video games, Comic scripts, ideas for cartoon shows and so much more was left dusted under the rug and I found myself back at the same comic shop I had been working at years before. This time around it was brighter, busier and all around more fun.

After studying some business courses, doing some self-teaching and training and looking for opportunities to work in as many different “Geeky” jobs and industries as possible, I had an idea.

Take all the half-finished, unkempt, scribbled note ideas and everything else from the depths of my mind and put it all under one umbrella. Board-games, YouTube, Streaming, Blogging, Geeky Interests, Reporting, Video Game Creation, Movie-Making, Comic Collecting and everything else I’d spent time enjoying in my life.

There’s a generation of Geeks and Nerds out there with years of knowledge, experience and stories to share and I want to create a place where everyone gets to see what we have to offer. Anyone and everyone is welcome within GraphicNerdity and we are open to geeks one and all. Whether you dabbled by watching Ant-Man, know the entire history of DC Comics, can quote every one of Ron’s lines from Harry Potter or anything else. Join us! We’re here to stay and we want to prove one thing.

Nerds are not only the coolest of the “kids” but we aren’t all trolling, hatemongers with a rage against women, PoC, change or new ideas. We are open, loving and positive to anything that helps share our passions with others. If that sounds like your sort of thing, stick around!

So there’s the answer. “What is GraphicNerdity?”
It’s a community, a lifestyle, a hobby, a job, an opportunity, a publisher, a videographer, a writer, a reporter and most of all it’s an outstanding team of nerdy individuals sharing what we know and what we can do. Best of all, it’s about you. So get involved, connect the dots and we’ll meet you in the library for a quick dungeon delve at lunch-time! 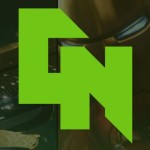